A Kind of Superhero – Out Of Here review 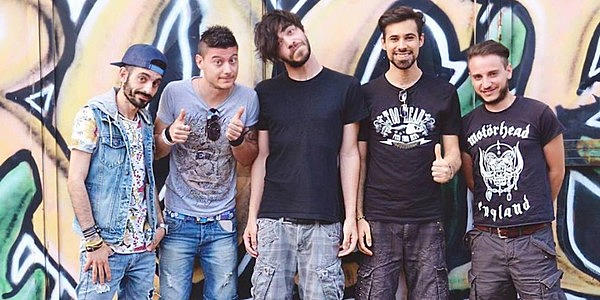 A Kind Of Superhero is a Punk-Rock band from Italy, which consists of Alessandro Campagna (vocals, guitar), Matteo Cassoni (guitar, vocals), Guglielmo Marchesin (drums) and Manuel Federici (bass). The band released at the beginning of July their debut EP ‘Out Of Here’, composed of four songs.

The first track ‘Out Of Here’ shows off some really good riffs, especially the opening one. That’s a good start as it makes us want to continue listening to the entire song. I’m not a huge fan of the verses, but the chorus is pretty catchy. Combine it with some good instrumental parts and we have here a good opening track!

Conversely, the second track ‘Rules’ is catchy from the first seconds. The singing parts, as well as some of their gang vocals combine well with the beat of the song. This is actually a good example of songs that should be played live. I’m pretty sure the crowd would be singing along and jumping like crazy to the beat of this track.

Third track ‘Bla Bla Bla’ was most certainly the song we liked the least. No offence, it’s simply a matter of taste. Actually, we thought the singing parts didn’t fit with the instrumental parts. It’s actually hard to explain but something simply didn’t feel right while listening to it. However, I hope that you guys will think the opposite and enjoy it!

The closing track ‘Dreams & Lies’ was a perfect way to end this debut EP. Between well placed riffs, a catchy drum beat and a catchy chorus, I’m sure this track will please a lot of you guys. The band should actually make more songs similar to this one, and it’d become a perfect release!

A Kind Of Superhero is not the first Italian band we had the chance to listen to and it seems like these guys are working hard to get known. This EP may have some parts I’m not a fan of, it still is, in a general point of view, a good one. The only advice I could give to the band is to keep working hard and take into account the feedback of their fans in order to improve as a band 🙂

What Happened To Your Band?